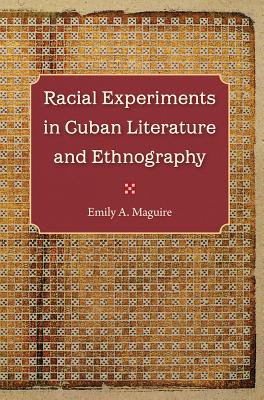 By Emily A. Maguire

"Maguire's close readings of women ethnographers like Lydia Cabrera and Zora Neale Hurston result in a very original approach to dealing with the topic of race and how it overlaps with the categories of gender. Outstanding work "--James Pancrazio, author of The Logic of Fetishism: Alejo Carpentier and the Cuban Tradition

"Ingeniously tells the story of the tensions between artist and ethnographer that inform the Cuban national narrative of the twentieth century. Racial Experiments in Cuban Literature and Ethnography is essential reading for a large audience of students and scholars alike within Caribbean, American, and African Diaspora studies."--Jaqueline Loss, author of Cosmopolitanisms and Latin America

In the wake of independence from Spain in 1898, Cuba's intellectual avant-garde struggled to cast their country as a modern nation. They grappled with the challenges presented by the postcolonial situation in general and with the location of blackness within a narrative of Cuban-ness in particular. In this breakthrough study, Emily Maguire examines how a cadre of writers reimagined the nation and re-valorized Afro-Cuban culture through a textual production that incorporated elements of the ethnographic with the literary. Singling out the work of Lydia Cabrera as emblematic of the experimentation with genre that characterized the age, Maguire constructs a series of counterpoints that place Cabrera's work in dialogue with that of her Cuban contemporaries--including Fernando Ortiz, Nicol's Guill n, and Alejo Carpentier. An illuminating final chapter on Cabrera and Zora Neale Hurston widens the scope to contextualize Cuban texts within a hemispheric movement to represent black culture. Emily A. Maguire is associate professor of Spanish at Northwestern University.
Emily A. Maguire is associate professor of Spanish at Northwestern University.