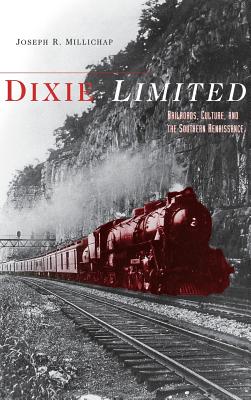 
Available in Warehouse. Wait for Email Confirmation for ETA
This book cannot be returned, cancelled, or exchanged. Please call for availability and pricing
" In the South, railroads have two meanings: they are an economic force that can sustain a town and they are a metaphor for the process of southern industrialization. Recognizing this duality, Joseph Millichap's Dixie Limited is a detailed reading of the complex and often ambivalent relationships among technology, culture, and literature that railroads represent in selected writers and works of the Southern Renaissance. Tackling such Southern Renaissance giants as Thomas Wolfe, Eudora Welty, Rob.
Joseph R. Millichap, professor of English at Western Kentucky University, is the author of four books, including Robert Penn Warren.