Striking Back: Combat in Korea, March-April 1951 (Battles and Campaigns) (Hardcover) 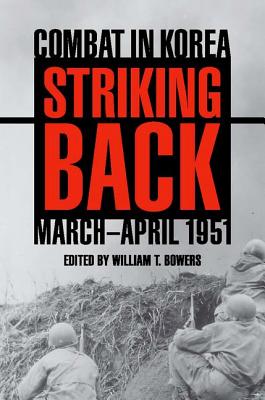 Striking Back: Combat in Korea, March-April 1951 (Battles and Campaigns) (Hardcover)

Striking Back: Combat in Korea, March-April 1951 is the second book in a three-volume series about the Korean War, examining the fighting that occurred during the late winter and early spring of the war's first year. By the beginning of March, UN forces shifted strategic focus from defense to offense. In April, the combination of stabilized fronts and the enemy's failed attacks made conditions ideal for launching combat offensives. The brutal nature and strategic significance of these campaigns is described in the book, which includes analysis of their profound influence on the remainder of the war. William T. Bowers provides detailed battle narratives based on eyewitness accounts recorded by Army historians within days of the operations. Through his use of personal accounts, official records, war diaries, and combat reports, Bowers sheds new light on the conflict in Korea, making this volume a must-read for military historians.