The Return of Astraea: An Astral-Imperial Myth in Calderón (Studies in Romance Languages #32) (Paperback) 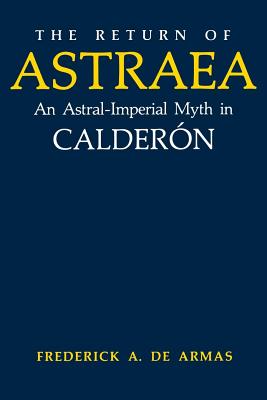 The Return of Astraea: An Astral-Imperial Myth in Calderón (Studies in Romance Languages #32) (Paperback)

By Frederick A. de Armas


Available in Warehouse. Wait for Email Confirmation for ETA
This book cannot be returned, cancelled, or exchanged. Please call for availability and pricing
In classical mythology Astraea, the goddess of justice, chastity, and truth, was the last of the immortals to leave Earth with the decline of the ages. Her return was to signal the dawn of a new Golden Age. This myth not only survived the Christian Middle Ages but also became a commonplace in the Renaissance when courtly poets praised their patrons and princes by claiming that Astraea guided them. The literary cult of Astraea persisted in the sixteenth century as writers saw in Elizabeth I of En.
Frederick A. de Armas, professor of Spanish at Louisiana State University, is the author of The Invisible Mistress: Aspects of Feminism and Fantasy in the Golden Age.