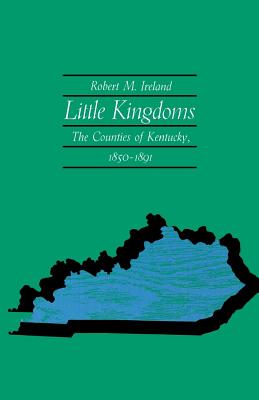 
Available in Warehouse. Wait for Email Confirmation for ETA
This book cannot be returned, cancelled, or exchanged. Please call for availability and pricing
Kentucky's counties though theoretically provinces of the state were in reality powerful semi-sovereign entities during the latter half of the 19th century. Their positive accomplishments were many. Government funds were wisely invested in internal improvements, road construction, law enforcement, tax collection, and relief of the poor. Keen competition for county offices, placed on an electoral basis by the Constitution of 1850, brought added vitality to Kentucky's uniquely intense political li.
Robert M. Ireland is associate professor of history at the University of Kentucky.