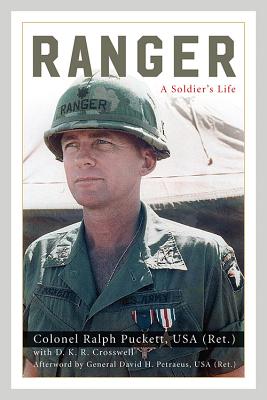 On November 25, 1950, during one of the toughest battles of the Korean War, the US Eighth Army Ranger Company seized and held the strategically important Hill 205 overlooking the Chongchon River. Separated by more than a mile from the nearest friendly unit, fifty-one soldiers fought several hundred Chinese attackers. Their commander, Lieutenant Ralph Puckett, was wounded three times before he was evacuated. For his actions, he received the country's second-highest award for courage on the bat.

Colonel Ralph Puckett, USA (Ret.) led the Eighth Army Ranger Company during the Korean War and was twice awarded the Distinguished Service Cross. He served as the Honorary Colonel of the 75th Ranger Regiment, honorary instructor at the Infantry School, and was an inaugural inductee into the US Army Ranger Hall of Fame in 1992. He is the author of Words for Warriors: A Professional Soldier's Notebook.D. K. R. Crosswell is the Colonel Richard R. Hallock Distinguished University Chair in Military History at Columbus State University, and the author of Beetle: The Life of General Walter Bedell Smith.