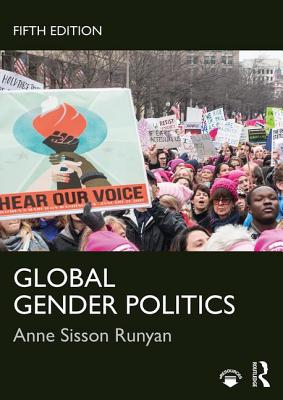 Accessible and student-friendly, Global Gender Politics analyzes the gendered divisions of power, labor, and resources that contribute to the global crises of representation, violence, and sustainability. The author emphasizes how hard-won attention to gender and other related inequalities in world aff airs is simultaneously being jeopardized by new and old authoritarianisms and depoliticized through reducing gender to a binary and a problem-solving tool in global governance. The author examines gendered insecurities produced by the pursuit of international security and gendered injustices in the global political economy and sees promise in transnational struggles for global justice.

In this new re-titled edition of a foundational contribution to the fi eld of feminist International Relations, Anne Sisson Runyan continues to examine the challenges of placing inequalities andresisting injustices at the center of global politics scholarship and practice through intersectional and transnational feminist lenses. This more streamlined approach includes more illustrations and discussions have been updated to refl ect current issues. To provide more support to instructors and readers, Global Gender Politics is accompanied by an e-resource, which includes web resources, suggested topics for discussion, and suggested research activities also found in the book.

Anne Sisson Runyan is a professor in the Department of Political Science at the University of Cincinnati, where she directs a Political Science doctoral concentration in Feminist Comparative and International Politics and holds an affi liation with the Department of Women's, Gender, and Sexuality Studies, which she formerly headed. Her other books include Gender and Global Restructuring (two editions) and Feminist (Im)Mobilities in Fortress(ing) North America .