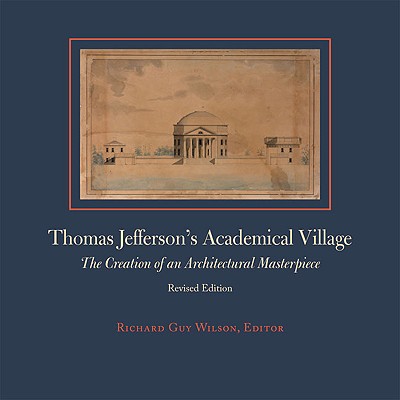 Thomas Jefferson's design for the University of Virginia is widely hailed as a masterpiece. It is his greatest architectural accomplishment, the summation of his quest for intellectual freedom. The story of the University encompasses the political and architectural worlds, as Jeffeson struggled against great opposition to establish a new type of educational institution. Thomas Jefferson's Academical Village offers a comprehensive look at Jefferson's design for the University, at how it came into being, at the different perecptions of its successes and failures, and at the alterations that have taken place down through the years.

The revised edition incorporates research that has been ongoing since the book first appeared in 1993, and includes a preface by Richard Guy Wilson, essays on architecture and education and the Lawn, additional architectural drawings and historic photographs, a foreword by President John T. Casteen III, and numerous color illustrations.