Sifilografía: A History of the Writerly Pox in the Eighteenth-Century Hispanic World (Paperback) 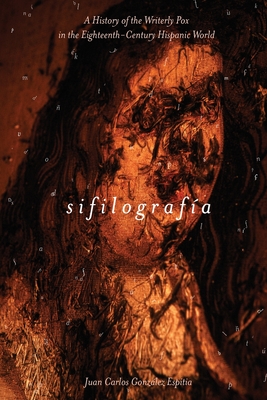 Sifilografía: A History of the Writerly Pox in the Eighteenth-Century Hispanic World (Paperback)

Syphilis was a prevalent affliction in the era of the Americas' colonization, creating widespread anxiety that is indicated in the period's literature across numerous fields. Reflecting Spaniards' political prejudices of the period, it was alternately labeled "mal franc s" or "el mal de las Indias." Sifilograf a offers a cultural history that traces syphilis and its consequences in the transatlantic Spanish-speaking world throughout the long eighteenth century. Juan Carlos Gonz lez Espitia charts interrelated literary, artistic, medical, and governmental discourses, exploring how fears of the disease and the search for its cure mobilized a transoceanic dialogue that forms an underside of Enlightenment narratives of progress.

Through a narrative revealing the transformation and retooling of ideas related to syphilis as a bodily contagion, Gonz lez Espitia demonstrates the Spanish-speaking world's crucial relevance to a global understanding of the period in the context of current reassessments of Enlightenment thought. Broad in its scope, the book incorporates an extensive corpus of medical treatises, literary essays, poems, novels, art, and governmental documents. The rich overlapping matrix of authors and texts broached subvert the idea of a homogeneous interpretation of syphilis and contributes to the rediscovery of the wide-ranging historical, cultural, and philosophical impact of this disease in the Spanish-speaking world. Sifilograf a seeks to open a productive dialogue with other area studies about the disparate meanings of science and Enlightenment.