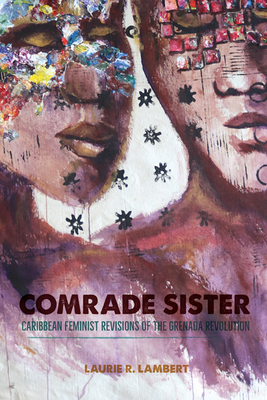 In 1979, the Marxist-Leninist New Jewel Movement under Maurice Bishop overthrew the government of the Caribbean island country of Grenada, establishing the People's Revolutionary Government. The United States under President Reagan infamously invaded Grenada in 1983, staying until the New National Party won election, effectively dealing a death blow to socialism in Grenada.

With Comrade Sister, Laurie Lambert offers the first comprehensive study of how gender and sexuality produced different narratives of the Grenada Revolution. Reimagining this period with women at its center, Laurie Lambert shows how the revolution must be recognized for its both productive and corrosive tendencies. Lambert argues that the literature of the Grenada Revolution exposes how the more harmful aspects of revolution are visited on, and are therefore more apparent to, women. Calling attention to the mark of black feminism on the literary output of Caribbean writers of this period, Lambert addresses the gap between women's active participation in Caribbean revolution versus the lack of recognition they continue to receive.