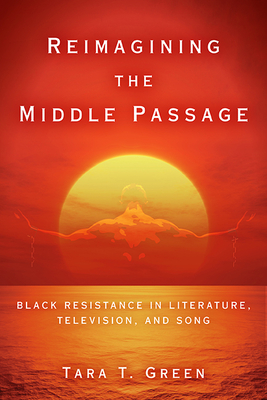 By Tara T. Green
$181.93
Usually Ships in 1-5 Days
This book cannot be returned, cancelled, or exchanged.

In Reimagining the Middle Passage: Black Resistance in Literature, Television, and Song, Tara T. Green turns to twentieth- and recent twenty-first-century representations of the Middle Passage created by African-descended artists and writers. Examining how these writers and performers revised and reimagined the Middle Passage in their work, Green argues that they recognized it as a historical and geographical site of trauma as well as a symbol for a place of understanding and change. Their work represents the legacy African captives left for resisting “social death” (the idea that Black life does not matter), but it also highlights strong resistance to that social death (the idea that it does matter).

Exploring the presence of water and its impact on African descendants,Reimagining the Middle Passageoffers fresh analyses of Alex Haley’sRootsand the television adaptations; the history of flooding in Black communities in literature such as Jesmyn Ward’sSalvage the Bonesand Paule Marshall’sPraisesong for the Widow, in blues songs, and in television shows such asTreme; and stories of resistance found in myths associated with Marie Laveau and flying Africans.

“Green moves effortlessly back and forth over the literature of the Atlantic World and Middle Passage narratives. Scholars interested in social movements and slavery, as well as those in African Diaspora studies, English, history, and women’s and gender studies, will be interested in this highly interdisciplinary book.” —T. Denean Sharpley-Whiting, author of Bricktop’s Paris: African American Women in Paris Between the Two World Wars


“Reimagining the Middle Passage coheres resistance, conversion, and the function of water around a series of ideologies—religious references, African (Kongo) cosmologies, collective memories, and family stories. It draws on a rich archive and a treasure trove of primary and secondary sources.” —Helena Woodard, University of Texas at Austin