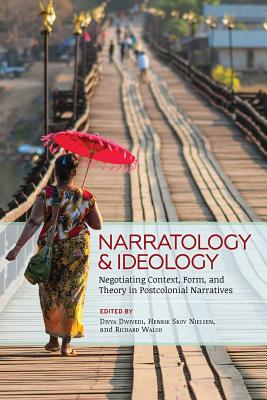 
Available in Warehouse. Wait for Email Confirmation for ETA
This book cannot be returned, cancelled, or exchanged. Please call for availability and pricing
Narratology and Ideology: Negotiating Context, Form, and Theory in Postcolonial Narratives, edited by Divya Dwivedi, Henrik Skov Nielsen, and Richard Walsh, brings together many of the most prominent figures in the interface between narratology and postcolonial criticism. While narrative theory has for some time recognized the importance of context in the analysis of fiction, this recognition has not quickly translated into substantial work in fields like postcolonialism, where situated questions of value and ideology have been brought to the fore. Postcolonial criticism, on the other hand, has often neglected the formal qualities of fiction in preference for ideological thematic interpretations, precisely because of the suspect legacy of formalism. The volume, then, stages a meeting between these two fields, negotiating both narratological and postcolonialist concerns by addressing specific features of narrative form and technique in the ideological analysis of key postcolonial texts.

The thirteen essays in Narratology and Ideology offer compelling readings of individual novels, with a focus upon South Asian literature, that provide a cumulative case study on the value of postcolonial narratology. The essays show not only how narrative theory can be productively applied in service of postcolonial criticism but also how such attention to postcolonial fictions can challenge and refine our theoretical understanding of narrative.
Divya Dwivedi is Assistant Professor of Philosophy and Literature at the Indian Institute. Henrik Skov Nielsen is Professor at the School of Communication and Culture at Aarhus University. Richard Walsh is Reader in the Department of English and Related Literature at the University of York.


“This book promises to offer a much-needed contribution to narrative studies by anchoring narrative analytic techniques traditionally associated with narratology in a corpus of texts that both invite analysis and that can actually challenge and sharpen our existing analytical tools.” —Andreea Ritivoi, author of Paul Ricoeur: Tradition and Innovation in Rhetorical Theory