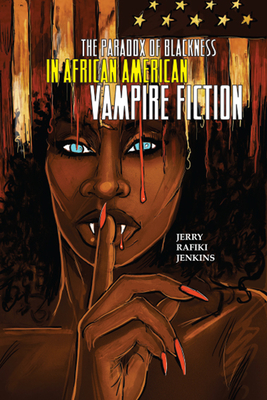 
Available in Warehouse. Wait for Email Confirmation for ETA
This book cannot be returned, cancelled, or exchanged. Please call for availability and pricing
One of the first books to examine representations of black vampires exclusively, The Paradox of Blackness in African American Vampire Fiction not only refutes the tacit assumption that there is a lack of quality African American vampire fiction worthy of study or reading but also proposes that the black vampires help to answer an important question: Is there more to being black than having a black body? As symbols of immortality, the black vampires in Jewelle Gomez’s The Gilda Stories, Tananarive Due’s My Soul to Keep, Brandon Massey’s Dark Corner, Octavia Butler’s Fledgling,and K. Murry Johnson’s Image of Emeralds and Chocolate help to identify not only the notions of blackness that should be kept alive or resurrected in the African American community for the twenty-first century but also the notions of blackness that should die or remain dead.
Jerry Rafiki Jenkins is Professor of English and Multicultural Studies at Palomar College.
“I found this book to be fascinating, provocative, and long overdue. Given the ubiquitous and long history of vampire myths and legends, the use of vampires as cultural metaphors in popular culture, and the popularity of African American horror novels, one is surprised that a study such as this has never been published. Perhaps we were just waiting for a scholar such as Jenkins to breathe new life into the undead.” —Frances Gateward