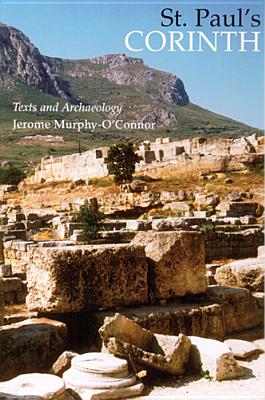 Corinth, one of the most fascinating centers of the early Christian movement, is explored through both literary and archaeological means. In St. Paul's Corinth the evidence of thirty-three Greek and Latin authors is arranged and presented chronologically from the first century B.C.E. to the second century C.E.

This third revised and expanded edition includes new textual and archaeological material based on continuing research on Corinth. The text of previous editions has been thoroughly revised in the interest of greater clarity and accuracy. The edition also includes updated maps and plans of the region.

Part 2: Paul in Corinth includes "The Edict of Claudius," "The Proconsul Gallio," and "After the Founding Visit."

Part 3: Archaeology includes "House Churches and the Eucharist," "Temple Banquets and the Body," and "The Workplace and the Apostolate."

Jerome Murphy-O'Connor, OP, teaches at the Ecole Biblique in Jerusalem.