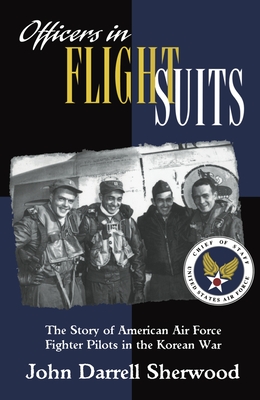 The United States Air Force fought as a truly independent service for the first time during the Korean War. Ruling the skies in many celebrated aerial battles, even against the advanced Soviet MiG-15, American fighter pilots reigned supreme. Yet they also destroyed virtually every major town and city in North Korea, demolished its entire crop irrigation system and killed close to one million civilians. The self-confidence and willingness to take risks which defined the lives of these men became a trademark of the fighter pilot culture, what author John Darrell Sherwood here refers to as the flight suit attitude. In Officers in Flight Suits, John Darrell Sherwood takes a closer look at the flight suit officer's life by drawing on memoirs, diaries, letters, novels, unit records, and personal papers as well as interviews with over fifty veterans who served in the Air Force in Korea. Tracing their lives from their training to the flight suit culture they developed, the author demonstrates how their unique lifestyle affected their performance in battle and their attitudes toward others, particularly women, in their off-duty activities.
John Darrell Sherwood is an official historian with the U.S. Naval Historical Center. He is the author of "Officers in Flight Suits: The Story of American Air Force Fighter Pilots in Korea" and "Afterburner: Naval Aviators and the Vietnam War," both published by NYU Press. He is also the author of "Fast Movers: Aviators and the Vietnam War Experience."