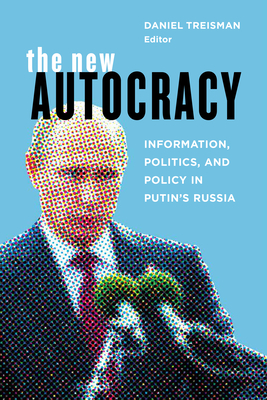 After fading into the background for many years following the collapse of the Soviet Union, Russia suddenly has emerged as a new threat--at least in the minds of many Westerners. But Western assumptions about Russia, and in particular about political decision-making in Russia, tend to be out of date or just plain wrong.

Under the leadership of Vladimir Putin since 2000, Russia is neither a somewhat reduced version of the Soviet Union nor a classic police state. Corruption is prevalent at all levels of government and business, but Russia's leaders pursue broader and more complex goals than one would expect in a typical kleptocracy, such as those in many developing countries. Nor does Russia fit the standard political science model of a "competitive authoritarian" regime; its parliament, political parties, and other political bodies are neither fakes to fool the West nor forums for bargaining among the elites.

The result of a two-year collaboration between top Russian experts and Western political scholars, Autocracy explores the complex roles of Russia's presidency, security services, parliament, media and other actors. The authors argue that Putin has created an "informational autocracy," which relies more on media manipulation than on the comprehensive repression of traditional dictatorships. The fake news, hackers, and trolls that featured in Russia's foreign policy during the 2016 U.S. presidential election are also favored tools of Putin's domestic regime--along with internet restrictions, state television, and copious in-house surveys. While these tactics have been successful in the short run, the regime that depends on them already shows signs of age: over-centralization, a narrowing of information flows, and a reliance on informal fixers to bypass the bureaucracy. The regime's challenge will be to continue to block social modernization without undermining the leadership's own capabilities.

Daniel Treisman is a professor of Political Science at the University of California, Los Angeles, and founding director of the Russia Political Insight project (russiapoliticalinsight.com). His latest book is The Return: Russia's Journey from Gorbachev to Medvedev, The Free Press, 2011.