Japanese Foreign Policy at the Crossroads: Challenges and Options for the Twenty-First Century (Paperback) 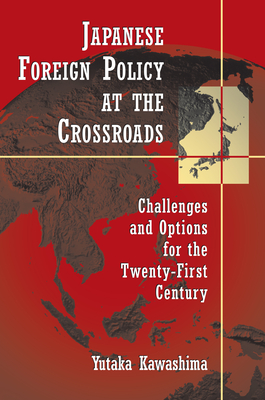 Japanese Foreign Policy at the Crossroads: Challenges and Options for the Twenty-First Century (Paperback)

The post-World War II paradigm that ensured security and prosperity for the Japanese people has lost much of its effectiveness. The current generation has become increasingly resentful of the prolonged economic stagnation and feels a sense of drift and uncertainty about the future of Japan's foreign policy. In J apanese Foreign Policy at the Crossroads, Yutaka Kawashima clarifies some of the defining parameters of Japan's past foreign policy and examines the challenges it currently faces, including the quagmire on the Korean Peninsula, the future of the U.S.-Japan alliance, the management of Japan-China relations, and Japan's relation with Southeast Asia. Kawashima--who, as vice minister of foreign affairs, was Japan's highest-ranking foreign service official--cautions Japan against attempts to ensure its own security and well-being outside of an international framework. He believes it is crucial that Japan work with as many like-minded countries as possible to construct a regional and international order based on shared interests and shared values. In an era of globalization, he cautions, such efforts will be crucial to maintaining global world order and ensuring civilized interaction among all states.

Yutaka Kawashima served as Japanese vice minister of foreign affairs from 1999 to 2001. He served as ambassador to Israel from 1997 to 1999. After his retirement he did research as a distinguished visiting fellow at the Brookings Institution's Center for Northeast Asian Policy Studies and he taught at the John F. Kennedy School of Government, Harvard University. He is widely respected in international policy circles and has served in Asia, Europe, and the United States.