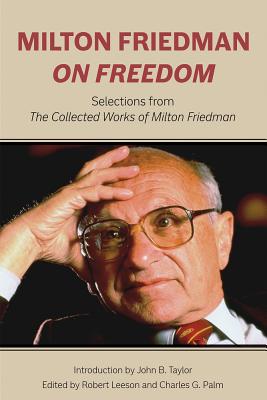 
Available in Warehouse. Wait for Email Confirmation for ETA
In this book, Robert Leeson and Charles Palm have assembled an amazing collection of Milton Friedman’s best works on freedom. Even more amazing is that the selection represents only 1 percent of the 1,500 works by Friedman that Leeson and Palm have put online in a user-friendly format—and an even smaller percentage if you include their archive of Friedman’s audio and television recordings, correspondence, and other writings. This book and the larger online collection are sorely needed and very welcome. Milton Friedman deserves to be read in the original by generation after generation.
Milton Friedman, recipient of the 1976 Nobel Memorial Prize for economic science, was a senior research fellow at the Hoover Institution from 1977 to 2006. He passed away on Nov. 16, 2006. Friedman was awarded the Presidential Medal of Freedom in 1988 and received the National Medal of Science the same year. He was widely regarded as the leader of the Chicago School of monetary economics, which stresses the importance of the quantity of money as an instrument of government policy and as a determinant of business cycles and inflation. Robert Leeson is a prolific historian of economic thought who has published or edited more than twenty books on Milton Friedman, A.W.H. Phillips, and Friedrich Hayek. Charles Palm is the deputy director emeritus of the Hoover Institution at Stanford University. Retiring in 2002, he completed thirty-one years of service at the Hoover, including eighteen years directing the Hoover Library & Archives.