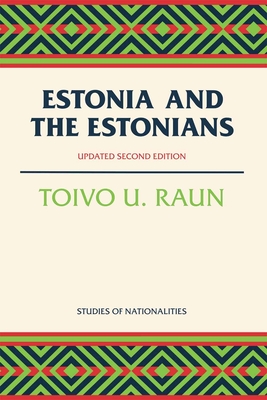 By Toivo U. Raun

In this comprehensive survey of Estonian history, Toivo Raun places recent events into historical perspective with up-to-date information on the era of glasnost and perestroika (1985-1991), analyzing the striking process of rebirth, renewal, and de-Sovietization. He stresses the role of Estonia's strategic geopolitical location and the small number of ethnic Estonians as crucial factors that have shaped the history of the area and its inhabitants. Since prehistoric times Estonia has been a crossroads of northeastern Europe where the major powers of the region have struggled for influence. Estonia and the Estonians offers a balanced topical survey covering political history, the economy, social and demographic developments, and cultural life. Attention is also paid to historiography and to differing interpretations of major issues; throughout the book the history of Estonia is viewed in the larger context of northern and eastern Europe.

Toivo U. Raun is a professor of history at Indiana University Bloomington in the department of Central Eurasian Studies. He earned his Ph.D. from Princeton University in 1969. His main research interests are modern Baltic and Finnish history.