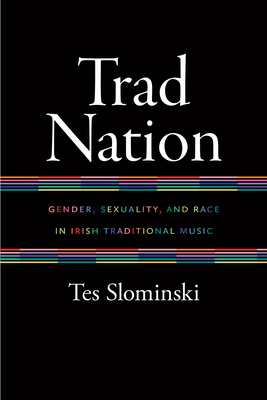 
Available in Warehouse. Wait for Email Confirmation for ETA
A provocative call to dislodge ethnic nationalism from Irish traditional music

Just how Irish is traditional Irish music? Trad Nation combines ethnography, oral history, and archival research to challenge the longstanding practice of using ethnic nationalism as a framework for understanding vernacular music traditions. Tes Slominski argues that ethnic nationalism hinders this music's development today in an increasingly multiethnic Ireland and in the transnational Irish traditional music scene. She discusses early 21st century women whose musical lives were shaped by Ireland's struggles to become a nation; follows the career of Julia Clifford, a fiddler who lived much of her life in England, and explores the experiences of women, LGBTQ+ musicians, and musicians of color in the early 21st century.
Tes Slominski is a music and sound scholar and a fiddle player in the Irish tradition. She founded the still-thriving Blue Ridge Irish Music School in Charlottesville, Virginia in 1999, and taught ethnomusicology at Beloit College from 2012 until 2019.