The Circuit: Stories from the Life of a Migrant Child (Paperback) 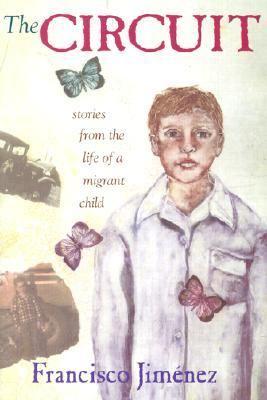 The Circuit: Stories from the Life of a Migrant Child (Paperback)

After dark in a Mexican border town, a father holds open a hole in a wire fence as his wife and two small boys crawl through.

So begins life in the United States for many people every day. And so begins this collection of twelve autobiographical stories by Santa Clara University professor Francisco Jim nez, who at the age of four illegally crossed the border with his family in 1947.

The Circuit, the story of young Panchito and his trumpet, is one of the most widely anthologized stories in Chicano literature. At long last, Jim nez offers more about the wise, sensitive little boy who has grown into a role model for subsequent generations of immigrants.

These independent but intertwined stories follow the family through their circuit, from picking cotton and strawberries to topping carrots--and back agai--over a number of years. As it moves from one labor camp to the next, the little family of four grows into ten. Impermanence and poverty define their lives. But with faith, hope, and back-breaking work, the family endures.

A jewel of a book--Rolando Hinojosa-Smith

These stories are so realistic they choke the heart.--Rudolfo Anaya