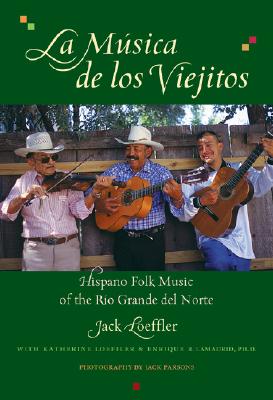 By Jack Loeffler, Katherine Loeffler (With), Enrique R. Lamadrid (With)

This long-awaited book vividly documents the folk music of El R o Grande del Norte, an area extending from the Mexican border on the south to Southern Colorado on the north and from the Great Plains on the east to the Continental Divide on the West. Loeffler has collected examples of the musical forms used over the centuries in this often isolated and harsh but beautiful region. A blend of religious and secular music from sixteenth-century Spain, Mexican-influenced folk tunes, and melodies indigenous to the life of the region, the music covered here includes romances, trovos, cuandos and decimas, inditas, corridos, canci nes, ceremonial and religious music, and dance music.

Each song appears both in Spanish and English. For many, transcriptions of the musical notations are provided as well as graphic illustrations of dance technique. A companion set of compact discs is also available. Photographs and biographies of active folk musicians help complete the record of this rich and enduring musical tradition.