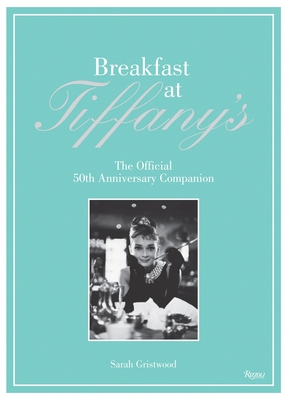 
Available in Warehouse. Wait for Email Confirmation for ETA
A celebration of a timeless classic, this companion volume, timed to coincide with the 50th anniversary of the release of the iconic film, is the perfect book for any fan of Audrey Hepburn or the cinema. This gorgeously illustrated tribute to Breakfast at Tiffany's is the only official companion to be published in association with Paramount Pictures and the Audrey Hepburn estate. It celebrates the film's ongoing popularity:complete with candid behind-the-scenes photos, facsimiles of the shooting script, full-color reproductions of the poster art, a special section on the costumes, the score for Moon River, and much more. Many of the illustrations included have never been published before.
Breakfast at Tiffany's features a top-notch cast, including George Peppard, Mickey Rooney, and Patricia Neal, yet Holly Golightly was the role that transformed Audrey Hepburn into a movie icon. Dressed by Hubert de Givenchy, directed by the infamous Blake Edwards, and brandishing the trademark cigarette holder, hers was the most memorable role.  Rich in detail and in illustration, this keepsake tribute volume is the perfect celebration of a beloved classic.
In her days as a journalist, Sarah Gristwood interviewed everyone from Martin Scorsese to Giorgio Armani. She is the author of the best-selling historical biography Arbella. Hubert de Givenchy began his own label in 1952 after apprenticing with the famed designer Elsa Schiaparelli. He was championed by such notable fashion icons as the Duchess of Windsor, Grace Kelly, Jacqueline Kennedy, and especially Audrey Hepburn, who came to be seen as his muse.
"Rizzoli has released an exquisite tribute to Truman Capote's magical vision of Manhattan with Breakfast at Tiffany's The Official 50th Anniversary Companion." ~The New York Times

"One of the great moments in a movie classic and to mark its 50th anniversary a handsome book has been published It is as elegant to behold as the late Hepburn herself. Even the cover with silver lettering on Tiffany blue paper looks like a gift from the famous Fifth Avenue jewelry store. Breakfast at Tiffany's was a wonderful movie and this is a fine tribute to it." ~Courier Journal

"This (along with the DVD) is a perfect gift for movie buffs." ~JoyHog.com