Laurie Anderson: All the Things I Lost in the Flood (Paperback) 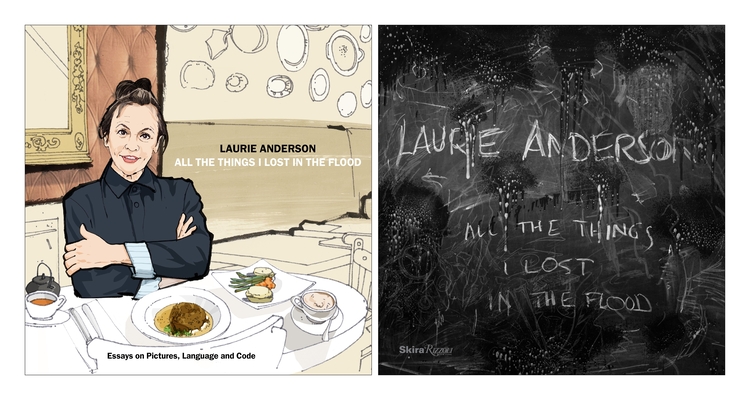 Laurie Anderson: All the Things I Lost in the Flood (Paperback)


Available in Warehouse. Wait for Email Confirmation for ETA
An icon of performance art and the indie-music world, this is the first book on the artist’s full career to date, as curated by the artist herself. Laurie Anderson is one of the most revered artists working today, and she is as prolific as she is inventive. She is a musician, performance artist, composer, fiction writer, and filmmaker (her most recent foray, Heart of a Dog, was lauded as an “experimental marvel” by the Los Angeles Times). Anderson moves seamlessly between the music world and the fine-art world while maintaining her stronghold in both. A true polymath, her interest in new media made her an early pioneer of harnessing technology for artistic purposes long before the technology boom of the last ten years. Regardless of the medium, however, it is exploration of language (and how it seeps into the image) and storytelling that is her métier.
A few years ago, Anderson began poring through her extensive archive of nearly forty years of work, which includes scores of documentation, notebooks, and sketchbooks. In the process, she rediscovered important work and looked at well-known projects with a new lens. In this landmark volume, the artist brings together the most comprehensive collection of her artwork to date, some of which has never before been seen or published. Spanning drawing, multimedia installations, performance, and new projects using augmented reality, the extensive volume traverses four decades of her groundbreaking art. Each chapter includes commentary written by Anderson herself, offering an intimate understanding of her work through the artist’s own words.
Laurie Anderson is a multimedia artist, musician (with more than seven albums), and filmmaker. She has exhibited widely around the world, including at the Irish Museum of Modern Art, Dublin; the Musée d’art contemporain, Lyon, France; Fondazione Tramontano Arte, Naples; the Park Avenue Armory, New York; and MASS MoCa, North Adams, Massachusetts.
"This extensive volume traverses four decades of Anderson's work; including drawing, multimedia installations, performance, and new projects using augmented reality."
—Publishers Weekly