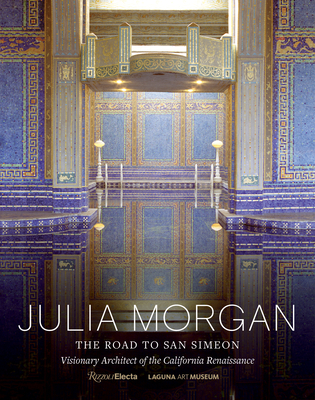 
Available in Warehouse. Wait for Email Confirmation for ETA
Julia Morgan was a pioneering woman architect, best known for Hearst Castle, in the vanguard of Beaux-Arts design and style in the first half of the twentieth century.

Julia Morgan was truly a pioneer of her time—among other accomplishments, she was the first woman architect to be licensed in California, in 1904. Through her remarkable life and legacy, this book celebrates the Beaux-Arts architecture of California. Focusing on Morgan’s most famous project in the state, Hearst Castle, to which she devoted more than 30 years of her life, this volume also examines, for the first time, Morgan’s fabulous early buildings in the style. Morgan designed more than 700 buildings across California, many of which are designated landmarks today. Deepening the reader’s understanding of California archi-tecture, this book also places into context Morgan’s ambitions, her influences and inspirations, as well as her daily practice and challenges as a woman shaping an extraordinarily prolific and highly successful career in a man’s world.

To better understand the Beaux-Arts training Morgan underwent in Paris, the reader is taken through the challenging, highly arduous Ecole des Beaux-Arts curriculum, which Morgan completed, a lone woman among men. Also explored, in detail, is the story of how the studio and kilns of California Faience, a Berkeley ceramic artisan’s shop, became the supplier of tens of thousands of tiles designed by Morgan and overseen by Hearst himself to decorate their architectural master-piece overlooking the Pacific Ocean.
Gordon Fuglie is a guest curator of exhibitions, exhibition juror, art history lecturer, writer, and project developer with a focus on the historical and contemporary legacy of California.