Polar Explorations: To the Ends of the Earth (Hardcover) 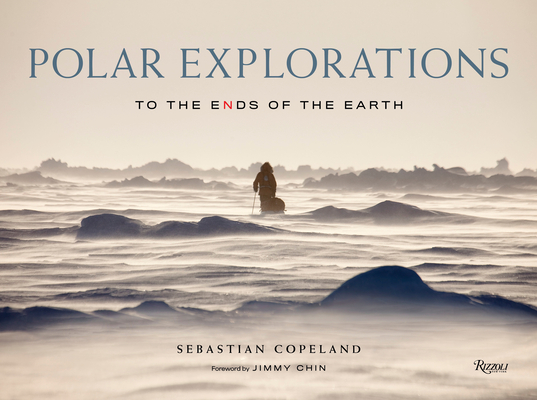 Polar Explorations: To the Ends of the Earth (Hardcover)


Available for Pre-Order Now
Join one of the foremost polar explorers of our generation on transcontinental crossings of each polar cap as never before seen—and maybe never seen again.

With his unrivaled photography taken during transcontinental crossings of each polar cap, Sebastian Copeland transports us to the ends of the earth and invites us into his expeditions.

With his expedition partner, Copeland spent forty-three days crossing the Greenland ice sheet without outside support. In the process, he set a new world record for the longest distance traveled on kites and skis, covering 370 miles over one twenty-four-hour period. With the same partner, Copeland led the first east-to-west transcontinental crossing of Antarctica by skis and kites via two of its poles, setting three world records over the 2,500-mile, eighty-four-day expedition.

These polar regions are also the bellwether of the impacts of climate change, and Copeland’s stunning images galvanize our awareness of the threats of global warming and the need for conservation.
In 2017, Sebastian Copeland was named one of the world’s top twenty-five adventurers of the last twenty-five years. He has addressed audiences, including the United Nations and Fortune 500 companies, on the polar regions, and in 2019, he was knighted by French president Emmanuel Macron in the National Order of Merit. Jimmy Chin is an Academy Award–winning filmmaker and National Geographic photographer and has made significant first ascents on all seven continents.