Mist on the Rice-Fields: A Soldier's Story of the Burma Campaign and the Korean War (Hardcover) 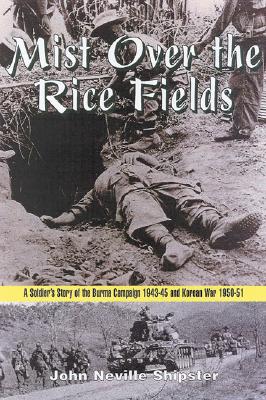 Mist on the Rice-Fields: A Soldier's Story of the Burma Campaign and the Korean War (Hardcover)


This title is likely unavailable. Email or call for price and availability.
The author served in two hard-fought campaigns in Asia. From 1943 to 1945 he was an officer in the British-led Indian Army. Shipster served with the 7/2nd Punjab Regiment in the Burma theater of World War II. The Punjabis fought in the fierce close-quarters actions at Arakan and Kohima, and the final advance to Mandalay and Rangoon.

Soldiering had undergone many changes in the five short years before the outbreak of the Korean War in 1950. India was now independent and the last British officers and advisors were gone. Shipster had become a company commander in the Middlesex Regiment, a British army unit with a reputation as skilled machine-gunners. The Middlesex were sent from Hong Kong to Korea on short notice to aid U.S. and South Korean forces. The steaming jungles of Shipster's past experience were now replaced by two years of fighting, often in bitter cold, over a series of bleak hills.