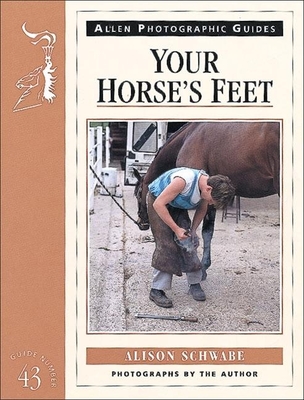 
This title is likely unavailable. Email or call for price and availability.
For want of a nail, the shoe was lost For want of a shoe, the horse was lost For want of a horse, the rider was lost For want of a rider, the battle was lost For want of a battle, the kingdom was lost And all for the want of a horseshoe nail. The book deals with what is arguably the most important area of horse healthcare--the maintenance of healthy feet. Lameness is the biggest single cause of suffering and layoff for the horse, and 90 per cent of lameness is connected with problems in the foot.
Alison Schwabe's interest in farriery was inspired by her father, who used to take her to Curtis's forge in Newmarket from the age of six. Alison has her own horses which are trained in playing polo, dressage, jumping, drag hunting and even side-saddle. She teaches many vet students to ride and is involved with the Pony Club.