The God Behind the Window (The German List) (Paperback) 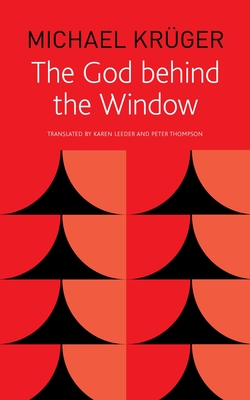 The God Behind the Window (The German List) (Paperback)


Available in Warehouse. Wait for Email Confirmation for ETA
Now in paperback, a comic and moving collection of stories of grumpy old men who start to find unexpected connections with the world.

The thirteen stories of Michael Krüger’s The God behind the Window capture the poignancy and cynicism of late life through tales of misanthropic old men full of the mixture of wisdom and melancholy that so often accompanies old age. In Krüger’s stories, world-weary characters seek—and only temporarily find—solace in nature and culture, rendering their search for a better life simultaneously comedic and heart wrenching. From a solitary hiker in the Swiss Alps to the book’s eponymous shut-in, these aging malcontents are continually surprised by the unexpected interventions of a world that has come to seem predictable. Krüger captures this stage in life masterfully, contrasting the deeply personal emotions of affection, melancholy, and longing with an indifferent world. The resulting stories are lyrical, philosophical, and tender despite their cynicism.
Michael Krüger was the director of the Hanser Verlag from 1995 until his retirement in 2013. He has published many volumes of prose and poetry.