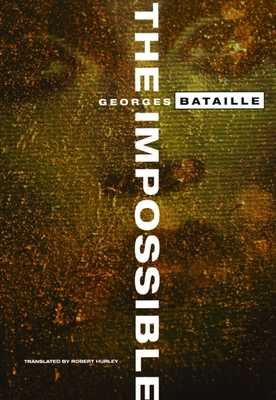 Humanity is faced with a double perspective: in one direction, violent pleasure, horror and death--precisely the perspective of poetry--and in the opposite direction, that of science or the real world of utility. Only the useful, the real, have a serious character. We are never within our rights in preferring seduction to it: truth has rights over us. Indeed it has every right. And yet we can, and indeed we must respond to something which, not being God, is stronger than every right, that impossible to which we accede only by forgetting the truth of all these rights.--Georges Bataille

Georges Bataille (1897-1962) was a French intellectual and literary icon who wrote essays, novels and poems exploring philosophical and sociological subjects such as eroticism and surrealism. City Lights published more of Bataille's works including Erotism, The Tears of Eros and Story of the Eye.