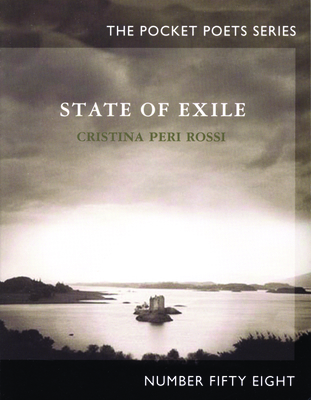 Cristina Peri Rossi was born in Uruguay and is considered a leading light of the "Latin American Boom" generation. In 1972, after her work was banned under a repressive military regime, she left her country, moving to Spain.

This collection of poems, written during her journey and the first period of her self-exile, was so personal that it remained unpublished for almost thirty years. It is accompanied here by two brilliant essays on exile, one by Peri Rossi and the other by translator Marilyn Buck, who is an American political prisoner, exiled in her own land.

Cristina Peri Rossi is the author of thirty-seven works, including The Ship of Fools.

Considered a leading light of the post-1960s period of prominence of the Latin-American novel, Peri Rossi is the author of Ship of Fools, and 36 other works. She was born in Montevideo, Uruguay, and left the country in 1972, moving to Spain, where she became a citizen in 1975. Marilyn Buck is a writer, translator and political activist, currently serving an 80-year jail sentence for her political activities in the U.S. She continues her activism and writing from her prison cell, where she edited Wild Poppies, an anthology of prison poetry, and published Rescue the Word, a collection of her own poems.