Discourse on the Sciences and Arts (First Discourse) and Polemics (Hardcover) 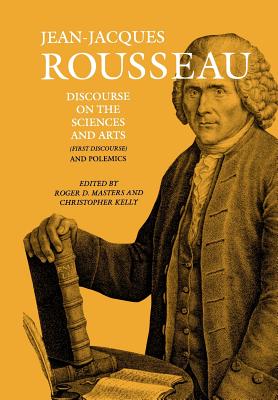 Discourse on the Sciences and Arts (First Discourse) and Polemics (Hardcover)

This is book number 2 in the Collected Writings of Rousseau series.

Contains the entire First Discourse, contemporary attacks on it, Rousseau’s replies to his critics, and his summary of the debate in his preface to Narcissus. A number of these texts have never before been available in English. The First Discourse and Polemics demonstrate the continued relevance of Rousseau’s thought. Whereas his critics argue for correction of the excesses and corruptions of knowledge and the sciences as sufficient, Rousseau attacks the social and political effects of the dominant forms of scientific knowledge.
Jean-Jacques Rousseau (1712–78) was a leading Genevan philosopher and political theorist and one of the key figures of the Enlightenment.