Discourse on the Origins of Inequality (Second Discourse), Polemics, and Political Economy (Hardcover) 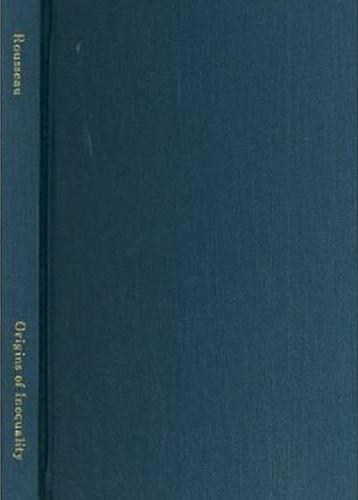 Discourse on the Origins of Inequality (Second Discourse), Polemics, and Political Economy (Hardcover)

This is book number 3 in the Collected Writings of Rousseau series.

Includes the Second Discourse (complete with the author’s extensive notes), contemporary critiques by Voltaire, Diderot, Bonnet, and LeRoy, Rousseau’s replies (some never before translated), and Political Economy, which first outlined principles that were to become famous in the Social Contract. This is the first time that the works of 1755 and 1756 have been combined with careful commentary to show the coherence of Rousseau’s “political system.” The Second Discourse examines man in the true “state of nature,” prior to the formation of the first human societies, tracing the “hypothetical history” of political society and social inequality as they developed out of natural equality and independence.
Jean-Jacques Rousseau (1712–78) was a leading Genevan philosopher and political theorist and one of the key figures of the Enlightenment.