The Science of Mind: A Philosophy, a Faith, a Way of Life, the Definitive Edition (Paperback) 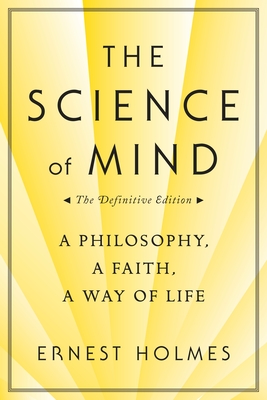 The Science of Mind: A Philosophy, a Faith, a Way of Life, the Definitive Edition (Paperback)


Available in Warehouse. Wait for Email Confirmation for ETA
In the early part of the twentieth century, a visionary named Ernest Holmes began a journey of exploration and research that profoundly affected thinkers throughout America. His work, based on the teachings of the great philosophers, the sacred wisdom of both Eastern and Western traditions, and the empirical nature of science, offers a philosophy of religion and psychology emphasizing the limitless potential of the human mind. Now, for the first time, The Science of Mind appears in paperback to coincide with the seventieth anniversary of Ernest Holmes's founding of the Religious Science movement.

This book contains the fundamentals of Holmes's teachings and is a primary resource used by teaching centers and spiritual healers worldwide. Its universal principles apply to people of all spiritual backgrounds as they describe a higher level of existence attainable through the use of Nature's forces and the power of God. While imparting an unrivaled technique for living, Dr. Holmes's classic guide speaks clearly to a complex world caught in transition and searching for guidance.

Ernest Holmes (1887 – 1960) was the founder of the worldwide Religious Science Movement. A uniquely gifted scholar with a vast command of the world’s spiritual philosophies, his magnum opus, The Science of Mind, has been in continuous print since 1926. Other inspirational works include Creative Mind, This Thing Called You, The Art of Life, Creative Mind and Success, Love and Law, The Hidden Power of the Bible, and many others.
"The first forty pages or so of this voluminous work laid out the mind-over-matter philosophy of California mystic Ernest Holmes, which became a major influence on New Age spirituality. Holmes was a broad thinker and his work reflects a wide variety of influences, from Emerson to Christian Science founder Mary Baker Eddy. Holmes never became widely known but influenced many who did, such as Norman Vincent Peale. His books could be found in the libraries of George Lucas, Elvis Presley, and scholar of myth Joseph Campbell."
--TIME magazine