The Garden Plants of China (Hardcover) 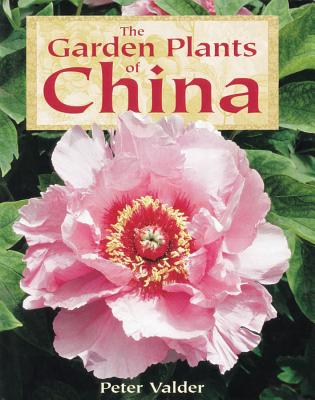 The Garden Plants of China (Hardcover)


This title is likely unavailable. Email or call for price and availability.
This definitive guide to the flora of China includes many cultivated plants that have had a great impact on the world, such as peonies, camellias, gardenias, azaleas, wisteria, and forsythia.
Born in Australia and brought up in the bush, Peter Valder's early interest in the Australian flora was stimulated by local amateur botanists. He went on to become a plant pathologist and mycologist after graduating from the Universities of Sydney and Cambridge. He was pleased to later become involved in the teaching of general botany in addition to his mycological work. Peter has also been an office bearer of the Linnean Society and the Australian Institute of Agricultural Science. Since drifting into the popularizing of Australian botany and horticulture, he has made appearances on radio and television, wrote for magazines, and lectured to organizations concerned with plants and gardens. His interest in gardening has taken him to Indonesia, Malaysia, Thailand, Laos, Burma, and China, from which he has introduced numerous plants suited to the Australian climate. Also, he has visited gardens in Britain, New Zealand, North America, France, Italy, Spain, China, Japan, and Korea, accumulating photographs with which to illustrate his lectures and writings.
“Valder gives us a window on a sophisticated garden ethic very different from Europe’s, and an encyclopedia of more than 4000 Chinese garden plants. Many will inevitably become more widely seen here because of their natural resistance to pests and diseases now arriving from Asia via global trade.” —Boston Globe

“This is a splendid and detailed book, profusely illustrated in colour with excellent modern photographs and a few reproductions from early Chinese and classic European journals.” —Gardens Illustrated

“This splendid book is an important addition to the otherwise scanty and scattered literature in English on China’s contribution to the garden splendor of the West and should be added to every library’s horticultural section.” —Choice

“If you are greedy for cultural and horticultural history, this artful book will alter your coffee table in to a shrine.” —Chicago Botanic Garden

“Combining vast research as well as information and photographs from his many trips to China, Valder presents a comprehensive volume on ornamental plants in the gardens of China.” —American Reference Books Annual

“Travel vicariously with Valder via the book’s many photographs of ornamental plants in the parks, homes and historic sites of China.” —The Seattle Times

“An important reference guide for anyone interested in the history and origin of plant introductions.” —Quarterly Bulletin of the Alpine Garden Society