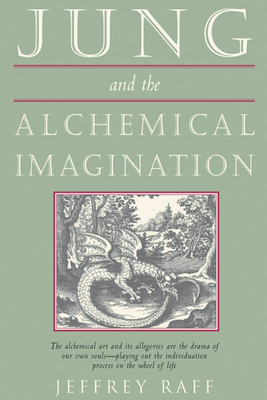 
Available in Warehouse. Wait for Email Confirmation for ETA
Jung and the Alchemical Imagination illustrates the spiritual nature of Jungian psychology and the debt it owes to the tradition of esoteric religion. Unlike other books on Jung and alchemy which contain a psychological interpretation of alchemical material, this work uses alchemy to understand the three cornerstones of Jungian spirituality--the self, the transcendent function, and active imagination. Through the interpretation of alchemical imagery, Raff explains the nature of these three concepts and illustrates how together they form a new model of contemporary Western spirituality. This book is also unique in selecting alchemical texts for analysis that are relatively unknown and which, for the most part, have never been interpreted. In addition, he presents two new concepts--the ally and the psychoid realm. Through the addition of these ideas, and the new understanding that they offer, it is possible to apply alchemical imagery to transpsychic experience/ that is, to a world of spirits which may not be reduced to psychological concepts. By including this realm in the study of alchemy and Jungian thought, it is possible to gain insights into the nature of visionary and ecstatic experiences that form part of the path of individuation--the road to completion.
Jeffrey Raff received his B.A. from Bates College, a Master's in Psychology from the New School for Social Research, and a Ph.D. in Psychology from the Union Graduate School. He graduated as a diplomate from the C. G. Jung Institute in Zurich. He has had a private practice in Littleton, Colorado, since 1976, and teaches classes, seminars, and workshops on Jungian psychology and alchemy all over the country.
"With loving attention to rare alchemical texts, the author poignantly expands key Jungian concepts to offer a useful and modern transformative." --Clarissa Pinkola Estes
— Reviews

"Jeffrey Raff uses his own experience as an analyst to courageously move out on his own. He outlines a form of spirituality based in part upon active imagination and in part upon the reinterpretation of little known alchemical texts. Using ancient Western traditions, Raff calls us back to our innermost selves, to connection with mysticism and the divine." --Arnold Mindell, author of The Quantum Mind
— Reviews