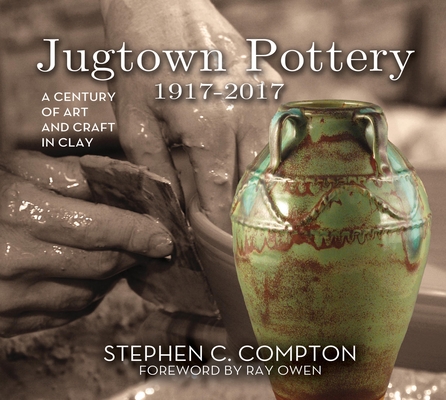 This richly illustrated book tells the story of the successful collaboration of Jacques and Juliana Royster Busbee in the creation of a remarkable folkcraft enterprise called Jugtown. This improbable venture, founded in a most unlikely setting, has left its indelible mark on a remote Southern community.

Fully illustrated with numerous black-and-white and color photographs of the place, the people who made pottery there, and the pottery produced by them, the book tells how the Busbees convinced a few of rural Moore County's old-time utilitarian potters to make new-fangled wares for them to sell in Juliana's Greenwich Village tea room and shop. Following New Yorkers' wild acceptance of their primitive-looking and alluring pottery offerings, the Busbees built their own workshop in rural Moore County and called it Jugtown. Today, nearly one hundred potters make and sell their wares within a few miles of Jugtown--all because a hundred years ago, the Busbees and their Jugtown potters found a new way to make old jugs.