Air and Dreams: An Essay on the Imagination of Movement (Paperback) 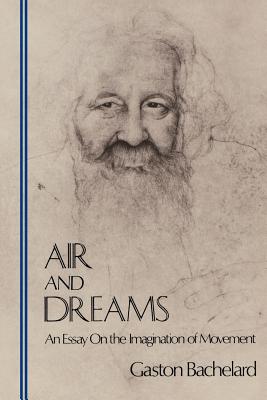 Air and Dreams: An Essay on the Imagination of Movement (Paperback)


Available in Warehouse. Wait for Email Confirmation for ETA
This book cannot be returned, cancelled, or exchanged. Please call for availability and pricing
Air and Dreams: An Essay on the Imagination of Movement - by Gaston Bachelard Trans. Edith and Frederick Farrell. Bachelard uses his extensive knowledge of the poetry of Poe, Blake, Shelley, and Nietzsche to amplify the images of the airy elements. THE BACHELARD TRANSLATIONS are the inspiration of Joanne H. Stroud, Director of Publications for The Dallas Institute of Humanities and Culture, who in 1981 contracted with Jose Corti to publish in English the untranslated works of Bachelard on the imagination. Gaston Bachelard is acclaimed as one of the most significant modern French thinkers. From 1929 to 1962 he authored twenty-three books addressing his dual concerns, the philosophy of science and the analysis of the imagination of matter. The influence of his thought can be felt in all disciplines of the humanities - art, architecture, literature, language, poetics, philosophy, and depth psychology. His teaching career included posts at the College de Bar-sur-Aube, the University of Dijon, and from 1940 to 1962 the chair of history and philosophy of science at the Sorbonne. One of the amphitheaters of the Sorbonne is called "L'Amphi Gaston Bachelard," an honor Bachelard shared with Descartes and Richelieu. He received the Grand Prix National Lettres in 1961-one of only three philosophers ever to have achieved this honor. The influence of his thought can be felt in all disciplines of the humanities-art, architecture, literature, poetics, psychology, philosophy, and language.