For the Love of Zion (Paperback) 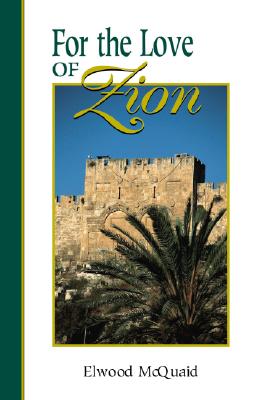 For the Love of Zion (Paperback)


This title is likely unavailable. Email or call for price and availability.
Christian author and broadcaster Elwood McQuaid blames radical Arab regimes and Islamists for the volatile situation in the Middle East and says Israel should not give away any more land in an effort to broker peace. Chock-full of facts, it sharply contradicts former President Jimmy Carter's recent book that paints Israel as a bully that has usurped Arab land. The ex-President's wildly inaccurate claim that Israel is an apartheid state is an affront, not only to Israel but to democracy in a region beset by jihadist suppression of truth and freedom, McQuaid said recently. For the Love of Zion shows how readical Islam is using everything at its disposal, including Arab children and the news media, to wage a relentless war of terror on Israel, Christianity, and the West while rewriting history. McQuaid also delves into biblical prophecy to show that Israel has a future in God's plan and will eventually inherit the land for all time.