The Libertine Reader: Eroticism and Enlightenment in Eighteenth-Century France (Paperback) 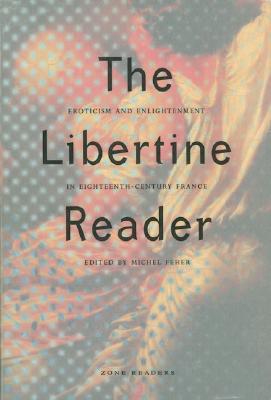 The Libertine Reader: Eroticism and Enlightenment in Eighteenth-Century France (Paperback)

Irresistibly charming or shamelessly deceitful, remarkably persuasive or uselessly verbose, everything one loves to hate--or hates to love--about French lovers and their self-styled reputation can be traced to eighteenth-century libertine novels. Obsessed with strategies of seduction, speculating endlessly about the motives and goals of lovers, the idle aristocrats who populate these novels are exclusively preoccupied with their erotic life. Deprived of other battlefields to fulfill their thirst for glory, libertine noblemen seek to conquer the women of their class without falling into the trap of love, while their female prey attempt to enjoy the pleasures of love without sacrificing their honor. Yet, despite the licentious mores of the declining Old Regime, men and women are still expected to pay lip service to an austere code of morals. Since they are constantly asked to denounce their own practices, their erotic war games are governed by a double constraint: whatever they feel or intend, the heroes of libertine literature can neither say what they mean nor mean what they say. The Libertine Reader includes all the varieties of libertine strategies: from the successful cunning of Mme de T_____ in Vivant Denon's No Tomorrow to the ill-fated genius of Mme de Merteuil in Laclos's Dangerous Liaisons; from the laborious sentimental education of Meilcour in Crebillon fils's The Wayward Head and Heart to the hazardous master plan of the French ambassador in Prevost's The Story of a Modern Greek Woman. The discrepancies between the characters' words and their true intentions--the libertine double entendre--are exposed through the speaking vaginas in Diderot's The Indiscreet Jewels and the wandering soul of Amanzei in Crebillon fils's The Sofa, while the contrasts between natural and civilized--or degenerate--erotics are the subjects of both Diderot's Supplement to Bougainville's Voyage and Laclos's On the Education of Women. Finally, Sade's Florville and Courval shows that destiny itself is on the side of libertinism.