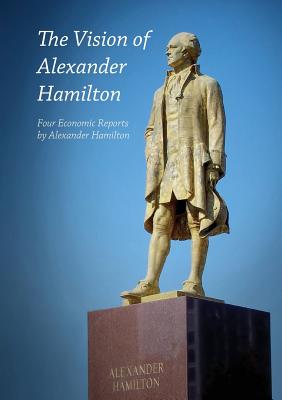 This republication of Hamilton's four great economic works comes at the instigation of American economist Lyndon LaRouche, who has stressed the urgency for an understanding of Hamilton's economic outlook to confront the profound economic crisis now erupting within the trans-Atlantic financial system.

Hamilton's vision for the newly created United States was of an industrializing nation in which the human ability to develop and grow would lead to new technologies, new resources, and a national commitment to the future. This outlook, and the lessons to be learned from Hamilton's success, are of timely importance today.

These four writings comprise three reports to the Congress--his Report on Public Credit, Report on a National Bank, and Report on Manufactures--and his Opinion as to the Constitutionality of the Bank of the United States. Together, these documents represent the kernel of Hamilton's thought, and the basis upon which the United States grew from a small agricultural nation to the world's leading economy.
Applying this outlook to the present, we include, following Hamilton's writings, Lyndon LaRouche's 2014 policy proposal for "Four New Laws to Save the U.S.A. Now."

This is a handbook for needed economic growth today.