Supersoul: a radical worldview for a new consciousness (Paperback) 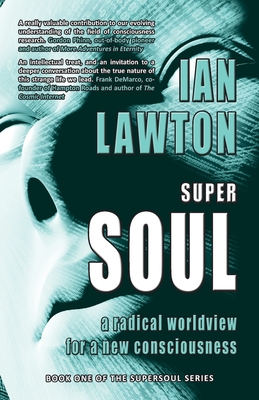 Supersoul: a radical worldview for a new consciousness (Paperback)

This is book number 1 in the Supersoul series.

A new consciousness is emerging on planet earth.

Huge swathes of the human population are waking up to the incredible truth of who and what we really are.

And now the next pieces of the jigsaw reveal a power in each of us way beyond our wildest imaginings...

the power of our SUPERSOUL.

In the 'Swinging Sixties' the Beatles introduced a whole new Western audience to the concept of reincarnation, and it has since gained a huge following. Some take the view that our earthly experience is just an illusion and we should try to break free from the 'wheel of karma'. But the more common view is that we live many lives one after the other to gain a variety of experience, and to overcome the multitude of challenges the human experience has to offer.

This worldview has served us well up until now. But what if it only scratches the surface of an underlying reality that is far more intriguing?

Ever since the turn of the twentieth century intrepid 'out-of-body' explorers have been investigating those other realms in which we'll all end up in the afterlife. Some of them have described meeting god-like beings of supreme wisdom and power, only to discover they were actually meeting their own 'higher selves' or 'oversouls'. Various wise, channelled entities have described something similar. These sources have also been insisting for decades that our lives aren't consecutive but instead - as incredible as it may seem - are happening simultaneously in the 'eternal now'. They are equally adamant that we ourselves 'attract' or 'manifest' everything we experience via our thoughts, beliefs and intentions - and not just the pleasurable, but the painful too.

It is now time to pull all this together into a worldview potentially enhanced by scientists who propose a fundamentally holographic and even digital reality. A radical worldview that opens up huge new possibilities for us all as we collectively pioneer the most exciting change in human consciousness ever witnessed on planet earth... the worldview of the supersoul.