Afterlife: a modern guide to the unseen realms (Supersoul #3) (Paperback) 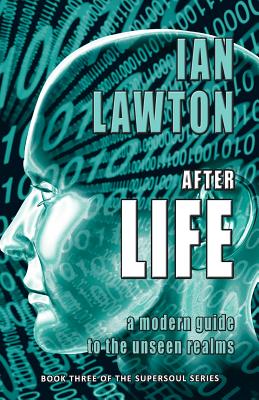 Afterlife: a modern guide to the unseen realms (Supersoul #3) (Paperback)

This is book number 3 in the Supersoul series.

Do you want to know what it's really like to die?
Would you like a state-of-the-art guide to the afterlife?
Thanks to a variety of modern sources, now you can prepare yourself...
with the most reliable information that's ever been available.

For millennia various prophets, gurus, visionaries and mystics have given us descriptions of what happens after death. Their tales of assorted heavens and hells have inspired and terrified in equal measure. But their use of symbolism and archaic language can be baffling. What is more the reliability of their accounts is questionable.

The good news is that now we have a variety of more modern sources. For example, ordinary people who have passed over and 'channelled' reports of their experiences via human mediums. Increasingly too we are hearing from those who have visited the afterlife planes when 'near death'. Perhaps even more important are the pioneering 'out-of-body' explorers who have learned to repeatedly and deliberately expand their consciousness so as to experience other planes of reality. The reports are remarkably consistent, both within and across each source of information.

Now they can all be brought together to produce a simple, up-to-date guide to an afterlife we'll all experience sooner or later. One that contains myriad possibilities. These range from various heavens created by the collective human expectations of different religious groups, to personal hells where misguided souls insist on punishing themselves. To those involved these experiences appear just as real as earthly life, yet all represent varying degrees of illusion.

Most of us enter the afterlife in ignorance. But if you're ready to take advantage of modern discoveries, this guide will dispel the illusions and free your soul to expand into realms previously attained only by the few. Realms of supreme lucidity, awareness, unity... and, above all, love.