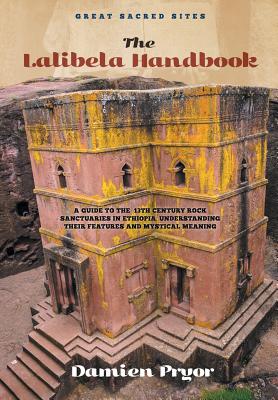 
Available in Warehouse. Wait for Email Confirmation for ETA
This book cannot be returned, cancelled, or exchanged. Please call for availability and pricing
This guide to the famous rock churches of Lalibela in Ethiopia is the only book that explores the deeper mystical purpose implied in its artworks and cultural context. *Tour these extraordinary underground sanctuaries, and see how to read their architecture * Learn of rare reports about Lalibela from travelers in earlier centuries * Read actual texts from the Life of King Lalibela, describing how his 3-day mystical sleep inspired him to build these ten buildings Discover: * Ancient Egyptian sun-god beliefs embedded in Lalibela's cosmic view of Christianity * The Church of the Virgin Mary is actually a sanctuary dedicated to a new form of the Egyptian goddess Isis * A carving of Three Beasts, opponents of spirituality, echoing Dante's Divine Comedy and the Egyptian Book of the Dead * Apocalyptic carvings kept secret in the crypt, according to travelers' reports * Christ as a sun god, and carvings of the solar Akeru deity from Egypt * Allusions to the Odes of Solomon and to Melchizedek * Medhanie Alem; the sanctuary dedicated to the global Community of Goodwill * Why rumours about Lalibela and the Templars are false.