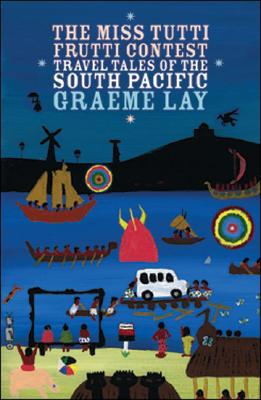 
This title is likely unavailable. Email or call for price and availability.
This marvelous collection of travel stories from the South Pacific reveals Paul Gauguin's shocking Tahitian secrets, retraces the last tragic days of Robert Louis Stevenson, and recounts the author's own haunting by Herman Melville, as well as his attempts to seduce the Slovenian Olympic ski team in the Cook Islands.
Graeme Lay is the editor of North and South magazine as well as the author of The Best of Auckland and Motu Tapu: Stories of the South Pacific.