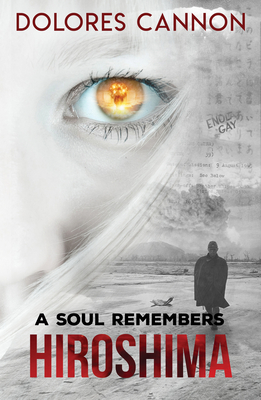 Prior to contacting Dolores for a regression session, a 22-year-old American woman inexplicably became deeply traumatized and overwhelmed by a sudden rush of memories that had no rational explanation. The memories were triggered in the following settings. On an ordinary day as she walked into her living room, a program was playing on the television where survivors of the atomic bombing of Hiroshima were being interviewed. There were no scenes of the bombing, simply the interviewer discussing the event with the guests. As she viewed the images of the survivors describing their experiences, without explanation, she suddenly began experienced scenes flashing through her mind of the actual bombing as it occurred in real time. As well as experiencing visual images of the event, additional senses were stimulated as she could also hear the screams of people and feel the deep pain of the experience. Intuitively, she knew she had been present when the event occurred. In the days and weeks that followed after watching the program, the horrific scenes of the explosion itself and the resulting aftermath continued to persistently flood her mind. She was able to push them to the back of her mind for a brief period of time so she could function in everyday life, however, this became too exhausting a process which provided no explanation to what was happening to her or why. At this point, she contacted Dolores and she sought her help via a session. This book is the story of how Dolores carefully traced these experiences back to her life as a Japanese man named Nogorigatu living in Hiroshima during WWII. It tells the story of what the Japanese people experienced during the war and is a side of history that has neither been fully explored nor written about. At the time, it was Dolores most challenging case because she was unsure of how the young lady would react to reliving dying in an atomic explosion. It had to be handled with extreme care. The resulting story cries out to our time, "Do not let this horror happen again!"

Dolores Cannon is recognized as a pioneer in the field of past-life regression. She was a hypnotherapist who specializes in the recovery and cataloging of “Lost Knowledge”. Her roots in hypnosis go back to the 1960s, and specialized in past-life therapy since the 1970s. She developed her own technique and founded the Quantum Healing Hypnosis Academy. She had been active in UFO and Crop Circle investigations for over 27 years since Lou Farish got her involved in the subject and was involved with the Ozark Mountain UFO Conference since its inception 27 years ago by Lou Farish and Ed Mazur.

Dolores wrote 18 books about her research in hypnosis and UFO cases. These books are translated into over 20 languages. She founded her publishing company, Ozark Mountain Publishing, 22 years ago in 1992, and currently has over 50 authors in publication.

She appeared on numerous TV shows and documentaries, spoke on over 1000 radio shows, and at innumerable conferences worldwide. In addition she had her own weekly radio show, the Metaphysical Hour, on BBS. She received numerous awards from organizations and hypnosis schools and was the first foreigner to receive the Orpheus Award in Bulgaria for the highest achievement in the field of psychic research. Dolores made her transition on October 18, 2014. She touched many and is deeply missed.