The Full Extent: An Inquiry into Reality and Destiny (Paperback) 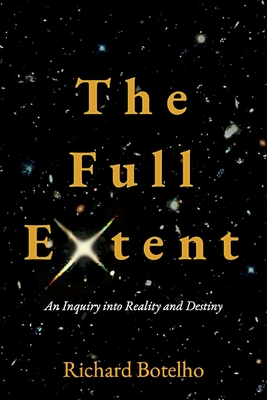 The Full Extent: An Inquiry into Reality and Destiny (Paperback)


Available in Warehouse. Wait for Email Confirmation for ETA
In the early 20th century, discoveries in quantum mechanics, specifically the double slit experiment, proved Consciousness is the ground of existence. This finding contradicted scientific materialism, which posited matter as foundational, with Consciousness resulting from physical nature; instead, physical nature results from Mind. Moreover, Consciousness was antecedently linked to a First Mind or God. Suddenly, our perception of reality was toppled as it became evident the universe is a mental and spiritual construction by a Divine Being.

Obviously, this new understanding has huge implications for individuals and society. The Consciousness Paradigm, replacing physicalism with the primacy of Spirit, identifies Soul as the fundamental aspect of human existence. The Full Extent examines the physical realm and its immaterial base, the possibility of different levels of reality, the progression of knowledge, the management of destiny, an assessment of human survivability, our potential for the colonization of space, and the impact of potentially extraterrestrial and supernatural entities on our experience. Thus, humanity will be positioned within the objectives of the Creator, specifically Soul development through the technological and spiritual enhancements of human culture. The nature of reality and the true purpose of human existence will be revealed.
Richard Botelho is an author, thinker, philosopher, and social critic. His three previous books include The New Individualism: Personal Change to Transform Society, Leah's Way, and Reason for Existence. His works are used in hundreds of colleges and universities and have been featured in The Midwest Quarterly, Library Journal, The Review of Metaphysics, and The Journal of Personal Transformation.