The Disinformation Age: The Collapse of Liberal Democracy in the United States (Paperback) 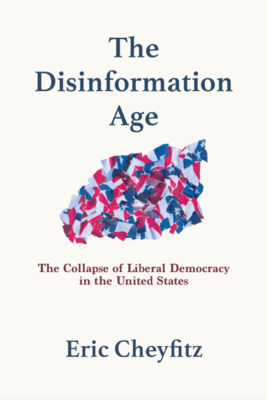 In this book Eric Cheyfitz argues that our contemporary political crisis is marked by the prevalence of "disinformation," where the political mythologies that people use to make sense of the world are no longer tied to the reality that they seek to explain. He argues that foundational national myths like the American Dream and American Exceptionalism only ever held true for a privileged few, and that today those myths are coming apart completely. In a historical analysis that moves from indigenous genocide through the war on terror, and from the writing of the US constitution through the speeches of Barack Obama, "The Disinformation Age" traces the contradiction between the reality of American imperialism and the ideology of American innocence and exceptionalism. Cheyfitz argues that a way out of our political crisis would require a fundamental re-thinking of the world and thus a political horizon beyond capitalism.