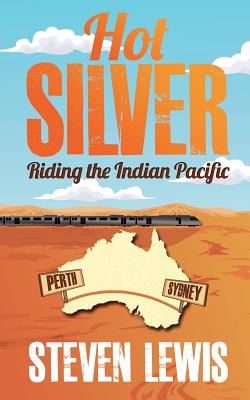 
Available in Warehouse. Wait for Email Confirmation for ETA
This book cannot be returned, cancelled, or exchanged. Please call for availability and pricing
It's Bill Bryson meets Paul Theroux in Steven Lewis's hilarious review of his train journey across Australia on the Indian Pacific in the train's fortieth anniversary year. Hot Silver stops with the train in Broken Hill, Adelaide and Kalgoorlie, all of which are closed when the Indian Pacific visits. Most closed of all, though, is Cook, the tiny town (pop. 5) in the middle of the vast Nullarbor Plain, 200,000 square kilometres of nothingness in the centre of Australia. "It's like walking round one of those fake towns the Americans built to test their nuclear weapons. I wouldn't be surprised to turn a corner and find mannequin Betty Draper holding a plastic cigarette to her red lips while she waits to be blown to kingdom come. And, if the Reds don't get her, the wind just might." A perfect read for the armchair traveller, Hot Silver is a laugh-out-loud account that brings to life one of the world's most famous train trips with the deft sketches and first-hand observation of a seasoned travel writer.