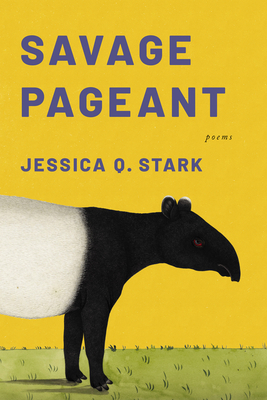 
Available in Warehouse. Wait for Email Confirmation for ETA
This book cannot be returned, cancelled, or exchanged. Please call for availability and pricing
Poetry. Asian & Asian American Studies. California Studies. Film. SAVAGE PAGEANT recounts the history of the defunct zoo, Jungleland, which housed Hollywood's show animals up until its closure in 1969. In it, Stark explores the concept of US American spectacle and its historic ties to celebrity culture, the maternal body, racist taxonomies, the mistreatment of animals, and ecological violence. With a hybrid, documentary poetics, SAVAGE PAGEANT reveals how we attempt to narrate and control geographical space and how ghosts (remainders, the sketch, unfinished stories) collapse the tidy corners of our collective, accumulative histories.